Notes from a 1998 Wyeth Retrospective Exhibit at the Whitney Museum

Landscape as a subject has been the underpinning of Wyeth's works for more than 60 years.  By focusing on landscapes one begins to see him as more than a painter of rustic narratives crafted in exacting technique. His stylistic and psychological range is surprising - especially as revealed by his watercolors, which are far richer and more extensive than most people realize.  In looking at the totality of Wyeth's work, one has to reconsider him as more than simply a homegrown American realist.

... While he is best known for his tempera paintings and also strongly recognized for his drybrush work, he has produced thousands of watercolors - many of them unpublished and never exhibited - over the years. His initial watercolors may come as a surprise to those who consider Wyeth strictly a meticulous, detail-driven artist. These works are loosely constructed and, in many cases, semi-abstract in character.

Though Wyeth soon moved into the highly precise style for which he is so well known, he has continued to produce an astounding variety of watercolors, raging from the photographic to the expressionistic, at various stages throughout his life.

The predominance of watercolors in "Unknown Terrain" (Title of the exhibit)-- they constitute more than half of the works in the exhibition -- serves to explore the full scope of Wyeth's abilities in this medium.  lt is Wyeth's work in watercolor that most clearly demonstrates the astonishing depth and range of his technical and expressive capacity. The skillful balance of spontaneity and control seen in these works provides a new perspective from which to understand Wyeth's art.

Wyeth's versatility in watercolor painting ranges from delicate calligraphic works and highly finished, transcriptive images to brushy, flowing washes of pigment and thick, dark, almost violent applications of paint which seem to be in opposition to the watercolor medium itself. 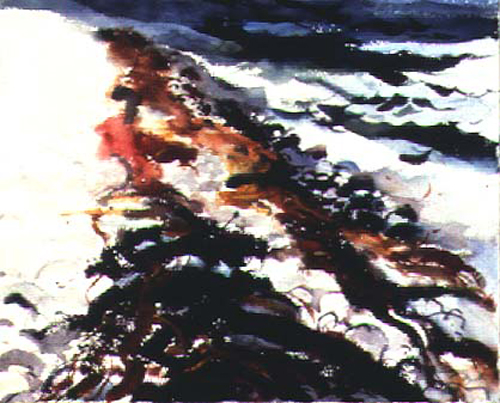 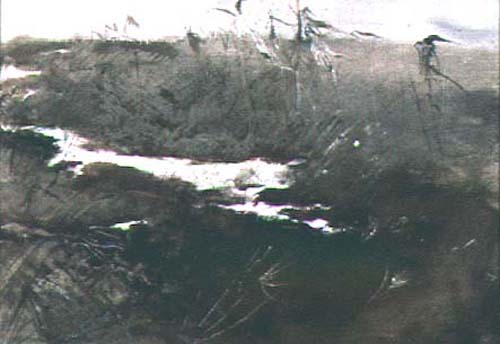 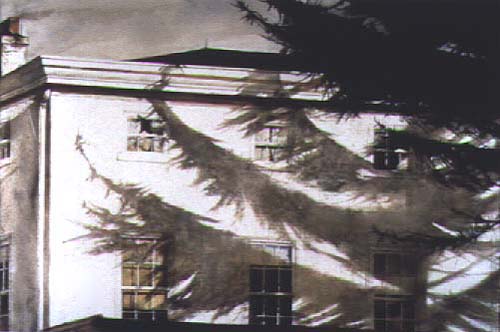 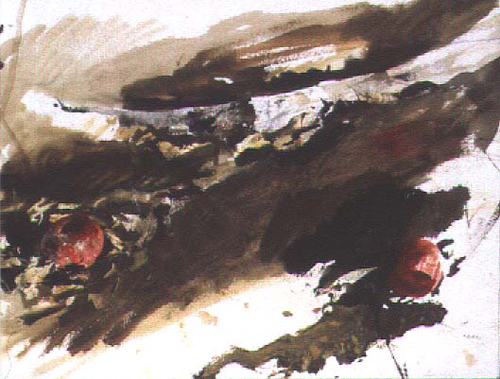 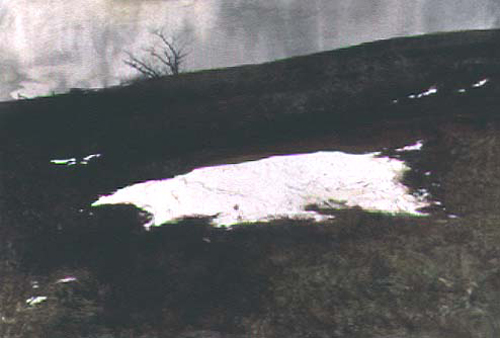