Some questions to consider in studying the four watercolors below: 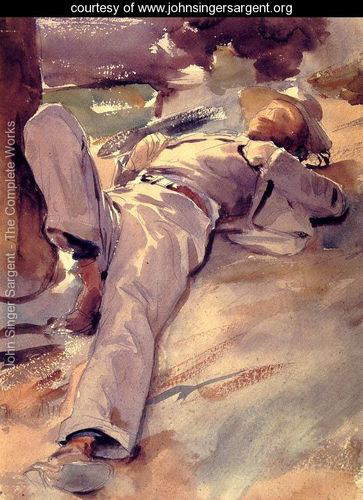 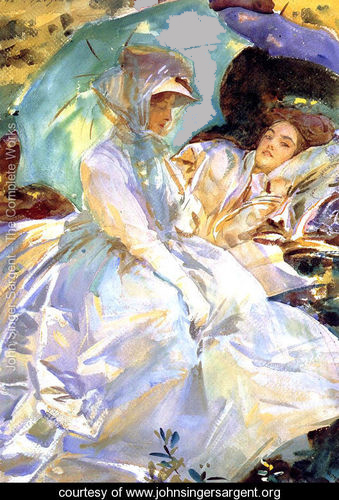 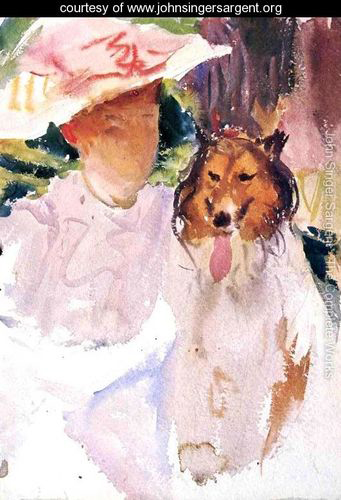 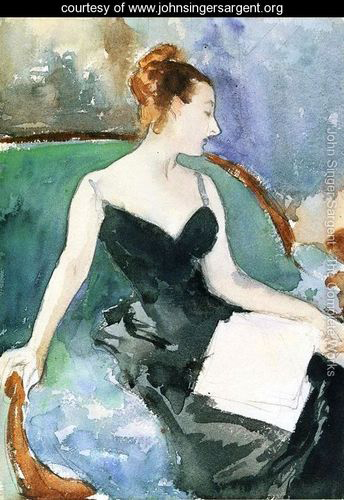 The scandal persuaded Sargent to move to England and over the next few years established himself as the country's leading portrait painter.
This included portraits of Joseph Chamberlain (1896), Frank Swettenham (1904) and Henry James (1913). Sargent made several visits to the USA where as well as portraits he worked on a series of decorative paintings
for public buildings such as the Boston Public Library (1890) and the Museum of Fine Arts (1916).

In 1879, Sargent painted a portrait of Carolus-Duran; the virtuoso effort met with public approval, and announced the direction his mature work would take. Its showing at the Paris Salon was both a tribute to his teacher and an advertisement for portrait commissions. Of Sargent's early work, Henry James wrote that the artist offered 'the slightly "uncanny" spectacle of a talent which on the very threshold of its career has nothing more to learn'.

Sargent's brief biography continues at   http://www.johnsingersargent.org/biography.html.  Note the tab at the top to his "The Complete Works." (Actually, there are quie a few missing, but it contains images of 900+ of his paintings.)