Norman Rockwell's Use of Photo References

As we now know, Norman Rockwell used photos extensively to aid in meetig his exhausting deadlines for Saturday Evening Post and over magazine covers.  He spent considerable time meticulously staging the scenes and used a professional photographer.  He actually then used a projector for tracing the image upon his canvas.  We now have a record of  the many ways he altered the original photo to strenghten both the story and especially the composition of a particular the painting.  Take a look at at this Saturday Evening Post cover, "The Runaway": 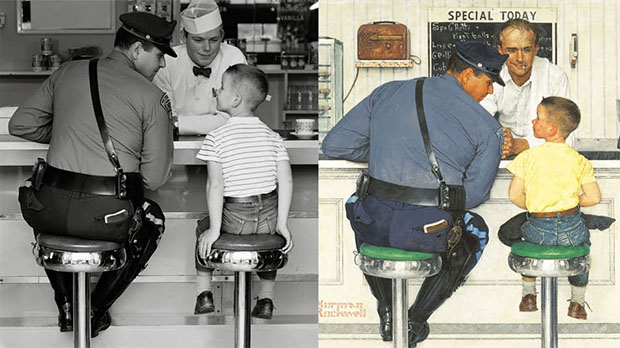 One can make a long list of changes that strengthen the painting.  Many involve changing values and simplifying the background to focus on the figures. The blackboard  unifies the figures and strengthens value patterns.  The policeman is made larger and is leaning over more, certainly dominating the scene.  In contrast the little boy appears smaller and perhaps more in awe.  One can go on and on.  What about the radio and the coat in the boy's lap?  Do they add compositionally?   What about the lost edge between the cook's shirt and background above the boy's head?  The elimination of the cook's hat and his older appearance?  What else do you see that Rockwell change to strenghten the painting?

Here's the painting in its entirety: 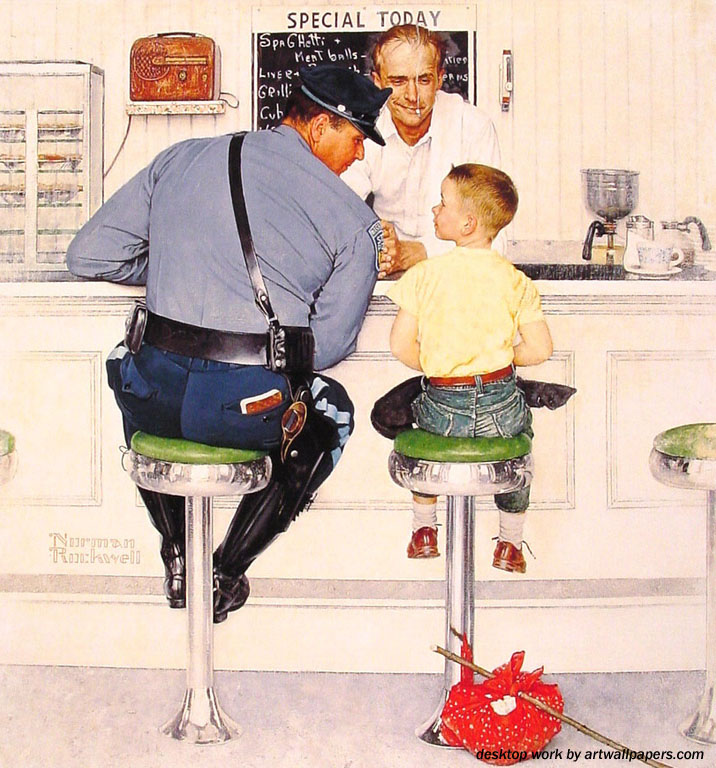